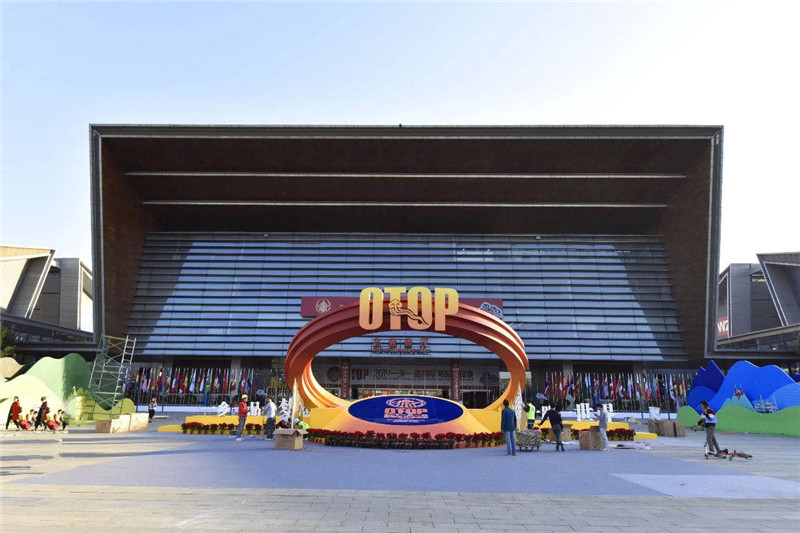 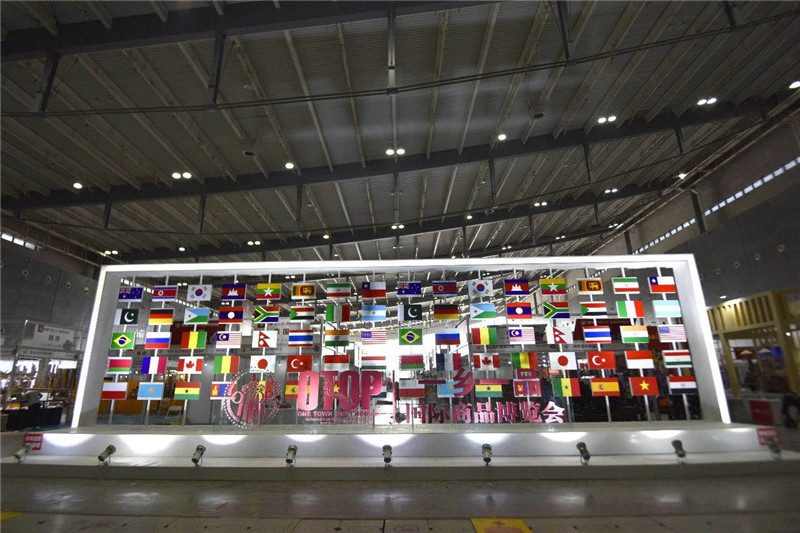 On November 15th-17th, the One Town One Product International Commodity Fair (hereinafter referred as “OTOP 2019”) was held at the Changsha International Convention and Exhibition Center in Hunan Province. Jointly sponsored by the China Council for the Promotion of National Trade, the Chinese People's Association for Friendship with Foreign Countries, the China Chamber of International Commerce and the Changsha Municipal People’s government, the fair was organized by organizations including CMEC International Exhibition Co., Ltd. (CMEC Expo), a subsidiary of China National Machinery Industry International Co., Ltd. (“Sinomachint”). During this period, the 4th National Conference on the Development of Ethnic Regions was also held. About 5,000 exhibitors, academicians, experts and people from all walks of life from more than 30 countries gathered in Changsha to share their insights on development, including Zhang Chang, Sinomachint’s Deputy General Manager and Zhang Li, Chairman of CMEC Expo.
Based on the theme of “the Belt and Road towards the world, One Town One Product towards the dream”, there were eight special demonstration zones of more than 100,000 m2, including international cooperation, poverty alleviation, featured tourism products, special home-stays, standardized health products, industrial services, ethnic medicine and related products representative of the “One Town One Product” theme of local governments. Nearly 5,000 enterprises from 38 countries as well as 22 Chinese provinces, five autonomous regions, two municipalities directly under the central government, Hong Kong and Macao have exhibited diverse commodities with regional characteristics, bringing together famous and special products from all over China as well as all kinds of intangible cultural heritage and time-honored brands. In pursuit of a stronger appeal to global visitors, these exhibits fully demonstrate the originality inheritance and new products of old brands, enabling visitors to understand the theme through various immersive experiences.
Other guests of the fair included leaders of foreign governments, international economic and trade organizations, overseas well-known entrepreneurs, top experts and scholars, global purchasers and people from the fields of culture, science and technology, tourism and other fields, so as to achieve higher quality exhibitors and purchasers as well as increased global transactions of local products through the introduction of corresponding international partners. 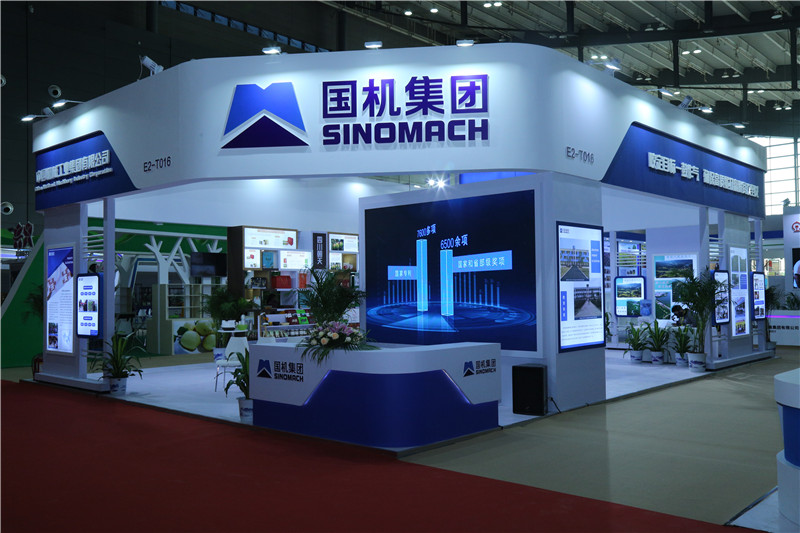 Among the exhibition zones, the aspect of poverty alleviation has attracted the most attention. Central enterprises such as the China National Machinery Industry Corporation (Sinomach), China State Railway Group Co., Ltd. (China Railway), China Post, Dongfang Electric Corporation, China National Pharmaceutical Group (Sinopharm), China Poly Group and China XD Group, together with their counterparts in poverty-stricken counties and regions, all participated in the exhibition. New methods including physical objects, words, pictures and new technologies served an important role as the best storytellers of the poverty alleviation work of central enterprises. Furthermore, more high-quality products in poverty-stricken areas could be fully displayed globally, thus expanding sales channels and contributing to “the last kilometer” of targeted poverty reduction.
In particular, Sinomach fully interpreted their specific poverty alleviation measures towards better local livelihood through pictures and words showcasing newly-built schools, upgraded roads, water conservancy facilities and so on. In addition, relevant enterprises from partner poverty-stricken counties (districts) were also invited to the fair in order to promote their local special food products.
In addition, more than 10 parallel forums were also held during the fair in addition to the 4th National Conference on the Development of Ethnic Regions, the Symposium of Academicians on Economic and Social Development of Ethnic Regions, the Investment and Trade Fair of Ethnic Regions, the Development Forum of the Cultural and Tourism Industry of Ethnic Regions, the Inheritance and Revitalization Development Forum of the National Medicine Industry and the Forum on Cross-strait Rural Revitalization of Characteristic Industries. Giants from both academic and industrial circles were invited to share their insights on future development in the fields of ethnic culture and tourism, ethnic medicine, project funding, e-commerce and cross-strait economy and trade.
According to “the strategy of rural vitalization” in the report delivered at the 19th National Congress of the Communist Party of China, China aims to build rural areas with thriving businesses, pleasant living environments, social etiquette and civility, effective governance and prosperity. In response, OTOP 2019 served as an engine in rural development and industrial poverty alleviation through brand and high-quality agricultural products in the promotion of regional characteristic products, medical resources, cultural tourism projects and intangible cultural heritage products from the vast ethnic regions of China. In summary, this fair represents an active measure in leveraging Sinomachint’s own professional advantages in exhibitions, so as to facilitate regional characteristic industries according to “the strategy of rural vitalization”, which indeed marks a fruitful step in developing “One Town One Product” as an integrated service provider for a better life.
[ Close ]
News