Sinomachint Crucial in Both Service and Contracts at the 2nd CIIE 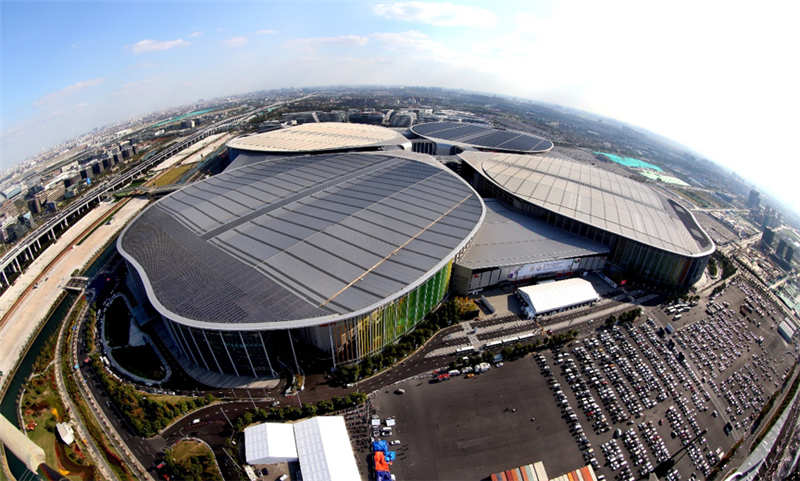 To join together and achieve further success, more than 3,800 enterprises from 64 participating countries gathered on the banks of the Huangpu River at the 2nd China International Import Expo (hereinafter referred to as “the 2nd CIIE”) in Shanghai on November 5th, singing the praises of inclusiveness together with China.
At this CIIE, Sinomachint, as the largest central enterprise in exhibition, was not only a service provider of the Chinese-foreign Enterprise Cooperation Forum as well as design and building work of exhibitions, but also a responsible player which leveraged “Exhibition +” resources to achieve strategic cooperation agreements while also enhancing trust and cooperation.
To ensure best service according to the highest standards
As a highlight of the 2nd CIIE, the Chinese-foreign Enterprise Cooperation Forum sponsored by the State-Owned Assets Supervision and Administration Commission of the State Council (SASAC) and co-organized by Central enterprises such as the China National Machinery Industry Corporation (Sinomach) was held in a grand atmosphere at Hall 4.2 of the National Exhibition and Convention Center (Shanghai) on November 6th. At the signing ceremony of the forum, Sinomach’s 10 subsidiaries signed agreements with their respective partners. Through CIIE, a global platform, Sinomach developed stronger partnership and expanded business, sharing the fruits of China’s opening-up. 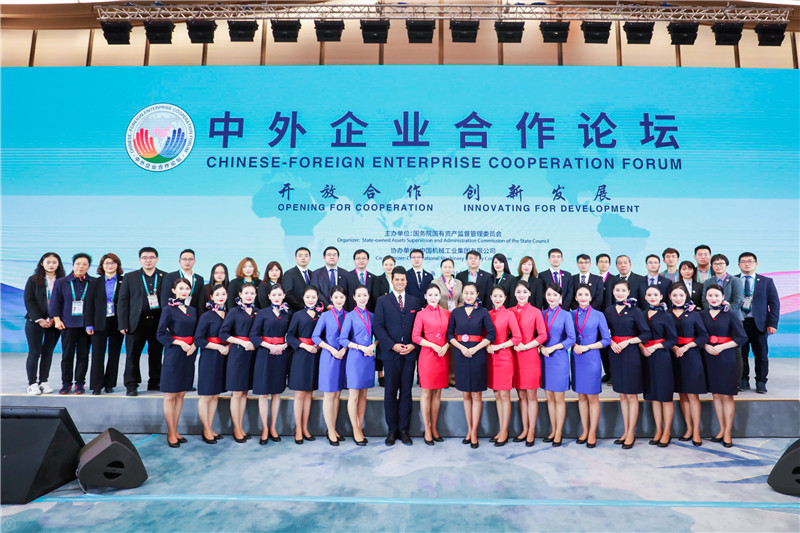 CMEC Expo, a subsidiary of Sinomachint, was responsible for the entire forum under the leadership of Sinomach. During the preparation process, the CMEC Expo team constantly strove for perfection and remained active, thinking in terms of the larger picture and considering all details of events including the forum and signing activities. Its professionalism in the exhibition business was highly recognized by high-level company leaders.
Promoting international cooperation through concrete efforts
China offers opportunities and extends its invitation to the entire whole world. Since the event was first held, the “CIIE effect” has grown increasingly influential, no matter if it is from product exhibits or from plans to attract global giants to the Chinese market. At the signing ceremony of the Chinese-foreign Enterprise Cooperation Forum, Sinomachint, in its role as part of Sinomach’s business delegation, signed a strategic cooperation agreement with Messe Frankfurt GmbH.

According to the agreement, bilateral partnerships are sure to be stronger through joint efforts on upgrading the current “Shanghai International Trade Fair for Automotive Parts, Equipment and Service Suppliers” towards a world-leading exhibition brand. Moving forward, both parties are set to leverage their own resources for domestic projects and expand relevant cooperation along “the Belt and Road” by prioritizing one another.
Apart from the 2nd CIIE, Sinomachint, which takes on a crucial role in both service and contracts, has again been part of a number of national exhibition projects following the China-Arab States Expo, China-Eurasia Expo and China-Africa Economic and Trade Expo. In the future, Sinomach will further leverage “Exhibition +” resources to promote the exhibition industry in China according to the core values of “responsibility, innovation, coordination and sharing”, thus facilitating China’s manufacturing industry and a greater number of global equipment enterprises, finally contributing to the prosperity of China and the global economy as a whole.
[ Close ]
News